No Result
View All Result
Home A La Une 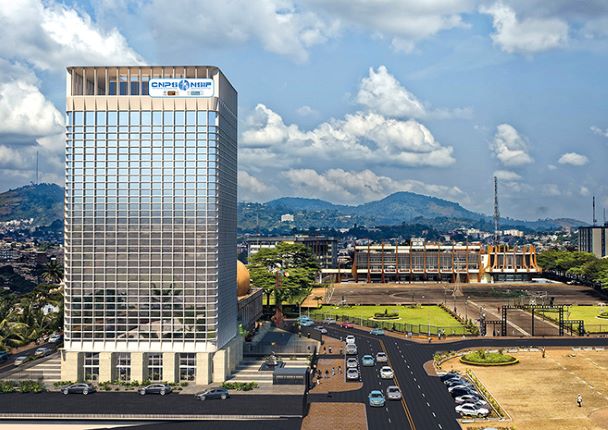 Located in west-central Africa, Cameroon enjoys fertile lands, plenty of sunlight, and abundant rainfall, making it ideal for agriculture. Known as the Granary of Central Africa, it has become one of the most stable and prosperous countries on the continent.

In 2009, the Cameroon Government released its Vision 2035, along with the Strategic Development Plan for Economic Growth and Employment (2010–2020), with the clear aim of becoming one of the strongest emerging countries in Africa by 2035. One of its primary strategies was — indeed, is — to increase infrastructure investment and capitalize on Information and Communications Technology (ICT) construction for ongoing development.

« You will never live alone, » reads the slogan of Cameroon’s National Social Insurance Fund (NSIF), which promotes the well-being of Cameroon’s people through a sophisticated social security system. With the NSIF already well on the road toward digitalization, Noël Alain Olivier Mekulu Mvondo Akame, Director General of the organization, has noted that it is looking toward becoming a truly modern social security enterprise, using digitalization to improve public services.

The NSIF has approximately 2100 employees and 39 branch social insurance centers nationwide. Indeed, among all of Cameroon’s government agencies, it has access to some of the most comprehensive and authoritative data about the nation’s citizens.

Underpinning all of this, the NSIF requires a very sophisticated data management model, of course. For example, it needs a large-capacity storage system, capable of retaining information over the long term. However, its storage devices were reaching maintenance expiration and they were no longer capable of supporting the enterprise’s digitalization efforts. More precisely, the NSIF was facing several key digital challenges, Including:

• A poor live network that was unable to support monthly social security payments.

Ensuring Data Security with DR and an Active-Active Solution

In April 2017, the NSIF signed a contract with Huawei for the first phase of its digital campus project. The main goal of this first phase was to mobilize a large database for social security services. The project focused on building an intra-city backup data center to ensure the stability and reliability of the legacy social security database.

By replacing all outdated ICT devices on the live network, database security was ensured, with a more reliable system that also had a lower Operating Expenditure (OPEX). The new data center used a Huawei E9000 blade server and an OceanStor 5600 V3 storage system to migrate 32 core production services and applications — including the social security system, email, financial system, e-learning, and virtual network — to a more secure and stable running environment. In addition, data was backed up for Disaster Recovery (DR).

The successful completion of the first phase built a solid foundation for a long-term digital transformation partnership between Huawei and the NSIF.

Phase two of the project focused on evolution and capacity expansion. Huawei built active-active architecture — comprised of an active data center and active DR center — by reconstructing equipment rooms and deploying modular data centers. The active and standby data centers are located in Yaoundé, Cameroon’s capital, and Douala, its largest city, respectively . The modular data center consists of basic modules — including a cabinet system, Access Controller (AC), and modular Uninterruptible Power Supply (UPS) — as well as network modules, including a core switch, router, and firewall. It uses the latest technologies and allows for flexible resource management and configuration. This means that the NSIF can centrally and visually manage all data center modules, considerably simplifying Operations and Maintenance (O&M) management.

By the end of 2019, the NSIF production system was fully migrated to the Huawei modular data center in Yaoundé, which is only a 15-minute interval from the DR center in Douala, over 200 kilometers away. Huawei also built a private cloud platform for the data center using the FusionSphere 6.5.1 Operating System (OS), with the End to End (E2E) data center management solution ManageOne 6.5.1 deployed to run services. ManageOne cloud software integrates management and centralizes scheduling for the NSIF’s legacy Virtual Machines (VMs), facilitating resource and service sharing.

In the past, the NSIF head office, its data centers, and local branches used carrier networks. But warranty coverage for most of the legacy network devices on the head office campus had expired and there were frequent network interruptions. Even at critical sites, there were three to four long network exceptions each week. Since carriers have only limited capability to locate faults, it would often take them one or two days to solve problems. In the meantime, the head office and branches would have to wait for services to be restored, so end-customer satisfaction inevitably fell. That’s why, by the end of 2020, the NSIF opted for a data center to interconnect its work spaces, to solve these issues.

Huawei deployed its microwave solution to improve network efficiency while reducing service costs. The OptiX RTN 950A integrated microwave transmission system is equipped with telecom energy and uses an integrated cabinet, connecting nine sites in Yaoundé and five sites in Douala, independent of the carrier network.

With each NSIF site connected to the data center through microwave, even when there are issues with the carrier network, the NSIF’s intranet access and offices remain unaffected. All sites also enjoy access to a lot more bandwidth. In the past, only 4 Mbit/s was available. Now, average bandwidth is 50 Mbit/s: a significant improvement. Costs are also lower since only the annual microwave spectrum rental fee needs to be paid , which saves nearly US$30,000 a month. This means that, from project delivery, the NSIF will recover all of its investment in just three years.

In addition, the project has improved access and security. Wi-Fi 6 signals provide universal coverage, so any NSIF device can access the internal network with the same Identification (ID) anywhere in the working area. In addition, a user’s identity and connection records can be accessed through the management system, with a firewall ensuring Internet security.

The NSIF has a mailbox, internal management system, and a client-facing service system, which citizens access to register and pay for social security services. In the past, most people went to a branch service center to process services, taking up the majority of internal network usage. In addition, there were issues with secure key data management, as well as the theft of desktop computers and related data.

« We were won over by Huawei’s Innovative technologies and excellent support. Huawei was able to adapt to our requirements right from the start. »

Paul Biya, President of Cameroon, has explained that the entire nation is working together to digitally transform Cameroon. The digital transformation of the NSIF is without a doubt a crucial part of this process. As a global ICT provider, Huawei is excited to contribute to the country’s digitalization, bringing digital to every person, home, and organization.

« I’m very glad that Huawei is installed in Cameroon. Huawei is available and we appreciate it very much. Now we are witnessing what digital transformation can bring to us in terms of facilitating work and making processes more fluid. My vision for the next few years is an intelligent NSIF » Noël Alain Olivier MEKULU MVONDO AKAME, General Director, NSIF Cameroon » 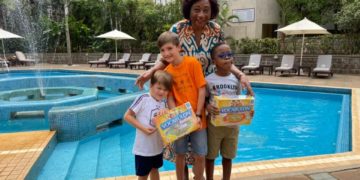 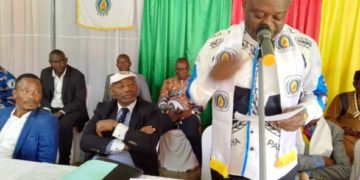 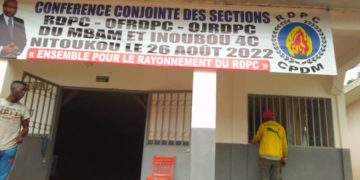 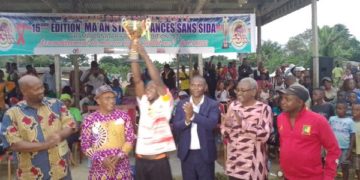 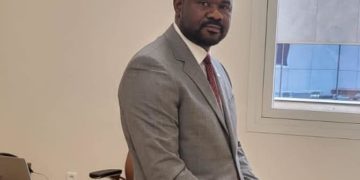 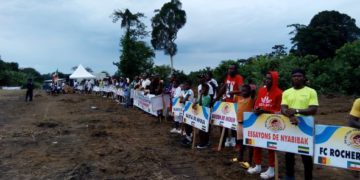